Daniel’s Story: The Path to Self-Respect 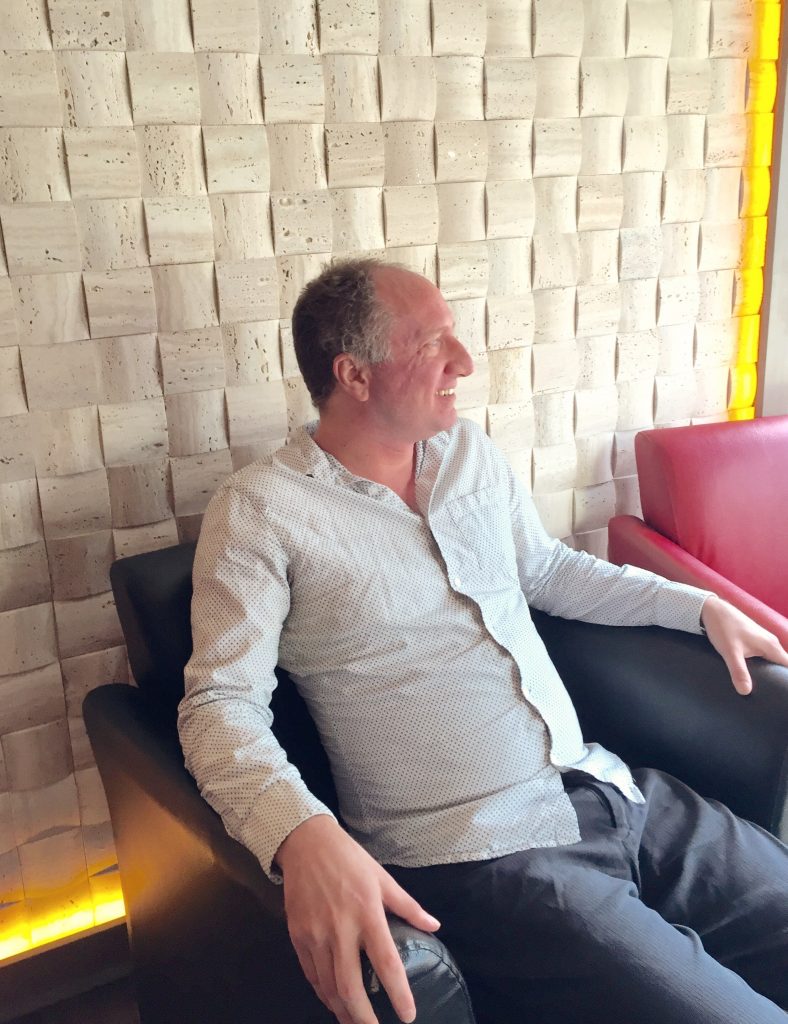 Update: As of January 2018, Daniel has graduated from Accessible Housing’s Bridge to Home program. Living in stable housing for over a year, Daniel is in good health and has been volunteering in community. His goals in the near future include securing part-time work and completing his driver’s license.  We are incredibly proud of Daniel for his perseverance and dedication to improving his life.

First experimenting with drugs in his mid-20’s, Daniel dubbed himself a “late bloomer” as he had what he describes as a happy and supportive childhood.

Daniel’s first time taking drugs was while he was living abroad teaching English in Hong Kong. He was living with a partner during this period of time that financially supported this lifestyle of partying and drugs.

“Extravagant housing and lots of money was the norm when I was living abroad,” Daniel said.

This lifestyle came with the realization that he had an addiction – and a lack of self-respect. He continued working abroad for several years until his relationship diminished and he moved back to North America.

Daniel moved to Calgary five years ago from Toronto with the intention of starting fresh. Soon after moving to Calgary, Daniel relapsed and had difficulty finding drugs in the city, so he started bringing in his own. Very quickly, drugs were not only his habit, but his business, and he was “having a grand ol’ time” and money was not an issue.

Daniel’s lifestyle presented several challenges for him, and things quickly escalated. Daniel became the victim of violent crime more than once, having been stabbed twice, and he was diagnosed with PTSD and was experiencing symptoms of psychosis. During the same period, Daniel was robbed and lost all of his drugs – his main source of income. Without housing and support, life felt very unmanageable and scary for Daniel.

“I didn’t have a home; I was living in hotels or subletting with people. Not having stable housing made me feel very anxious. I wasn’t in a good place,” said Daniel.

Things got from bad to worse when Daniel’s leg unexpectedly became infected, and he was dependent on crutches to walk. His lack of mobility intensified his feelings of insecurity, and he kept putting off taking care of his health. Daniel let the infection go for six months without treating it, which resulted in a trip to the emergency room. After being in hospital for six weeks to get the infection under control, soon another health concern arose: his hip needed to be replaced.

Once discharged from hospital, Daniel went back to his lifestyle of alcohol and partying, ignoring his mobility impairment and the need for hip surgery.

“I got caught up in drugs for a period of my life, and I realized that this wasn’t the path I wanted. I stopped using because I had to – for my health,” Daniel said.

Just over a year and a half ago, Daniel was connected with Yahaira, a Bridge to Home caseworker. Within a month of being with the Bridge to Home program, he was secured a safe place to call home. He enrolled in a 6-week treatment program for his addiction, setting himself a personal goal of addressing his lack of self-respect. After successfully completing the program, he has since enrolled in another treatment program to continue his journey of self-care. Daniel was now able to attend to his health concerns, and with the support from Accessible Housing, met with an orthopedic surgeon several times followed by having hip surgery seven months ago.

“Yahaira came with me to my appointments and supported me through the entire process of my self-care. I really couldn’t have done it without Accessible Housing,” Daniel said.

Sober for almost two years, Daniel is well and feels empowered after making such a drastic change to his lifestyle. He is now focusing on his health and well-being, and is currently in an exercise program to help build his strength and mobility. Daniel has also been very diligent in regards to saving his money, and is taking courses on money management through Momentum.