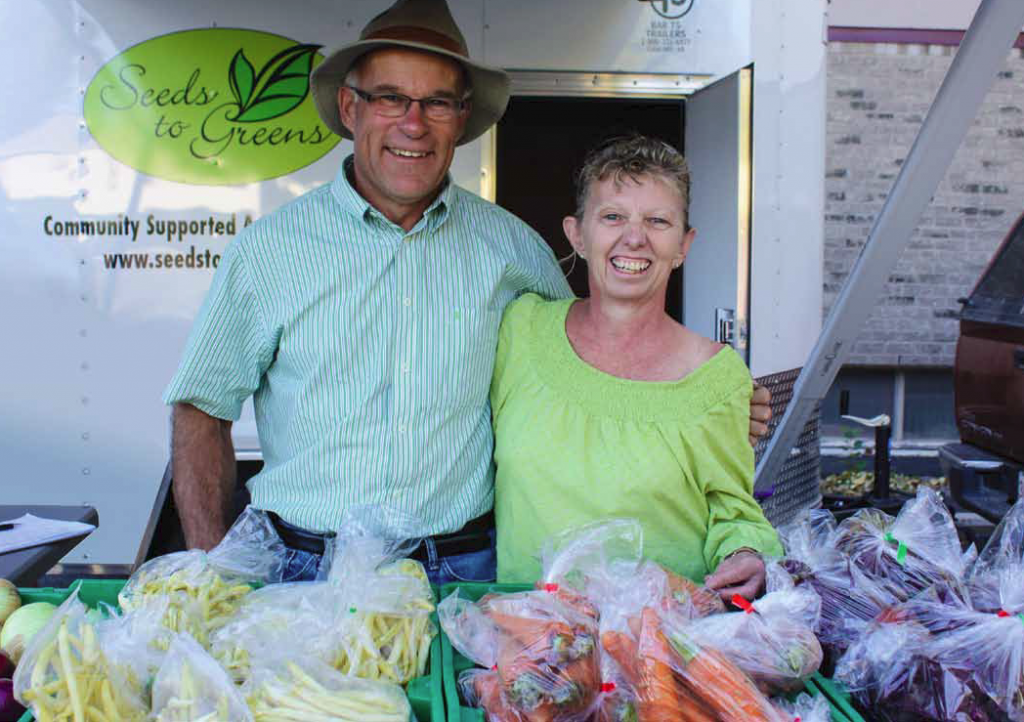 Sue Pearson changed her job, but not her focus. Formerly an occupational therapist at Accessible Housing’s Fourth Dimension (4D) Group Home, she later provided her expertise to the RAD Renovations team and also volunteered on the Board of Directors. Now, along with her husband Dick Pearson, who is a third-generation farmer, they work land that’s been in the family for nearly 100 years on the southeast edge of Calgary, just a walk away from the river, but within eyeshot of the city’s downtown towers. As part of their commitment to sustainable food production, they operate a Community Supported Agriculture (CSA) program called Seeds to Greens that produces fresh, locally-grown vegetables. Each week, during the growing season, they deliver a bounty of fresh and flavourful produce to members and then bring the extra veggies to the Fourth Dimension Group Home and other not-for-profit organizations as part of their community commitment. Sue has never forgotten about her time with Accessible Housing and her passion for serving people hasn’t dwindled. Sue’s garden grows veggies, but it grows community too.