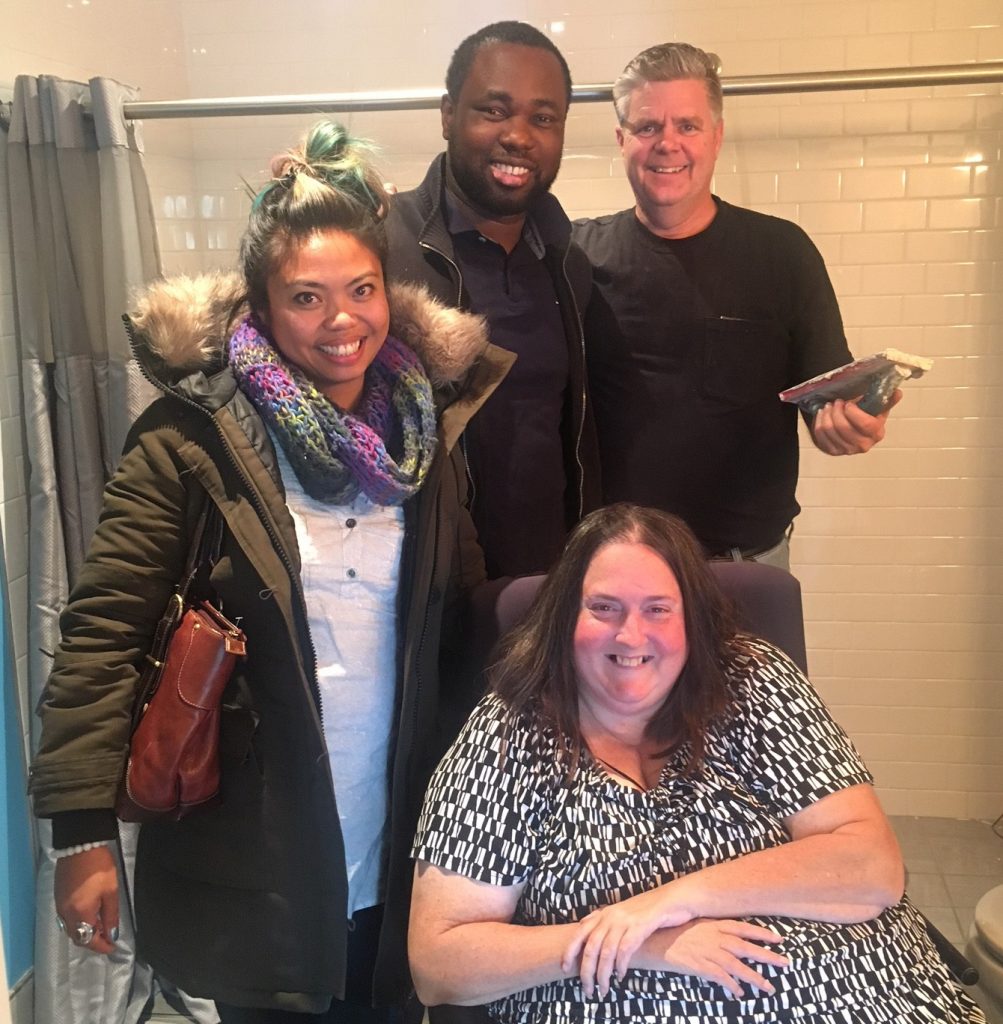 Kelly has lived in the same home for 14 years. As a wheelchair user, her bathroom had become a dangerous place. She’d even begun to avoid brushing her teeth in the bathroom because she was afraid of the pain she’d endure trying to shift and strain herself to get into the tiny space. A vent in the middle of the floor would catch her chair’s wheels, and the bathtub was so low she had to be lifted into it by a caregiver. The RAD Renovations team, working with contractor Stephen, tripled the size of the bathroom by borrowing space from an adjacent closet, installed an accessible sink, and created a beautiful tile roll-in shower with safety temperature valves to ensure Kelly cannot be burned by too-hot water.

Kelly’s beautiful new bathroom has a rolling barn door that she can easily close herself, and for the first time in years, she has been able to shower independently, something that greatly reduces the severity of her anxiety attacks and pain.